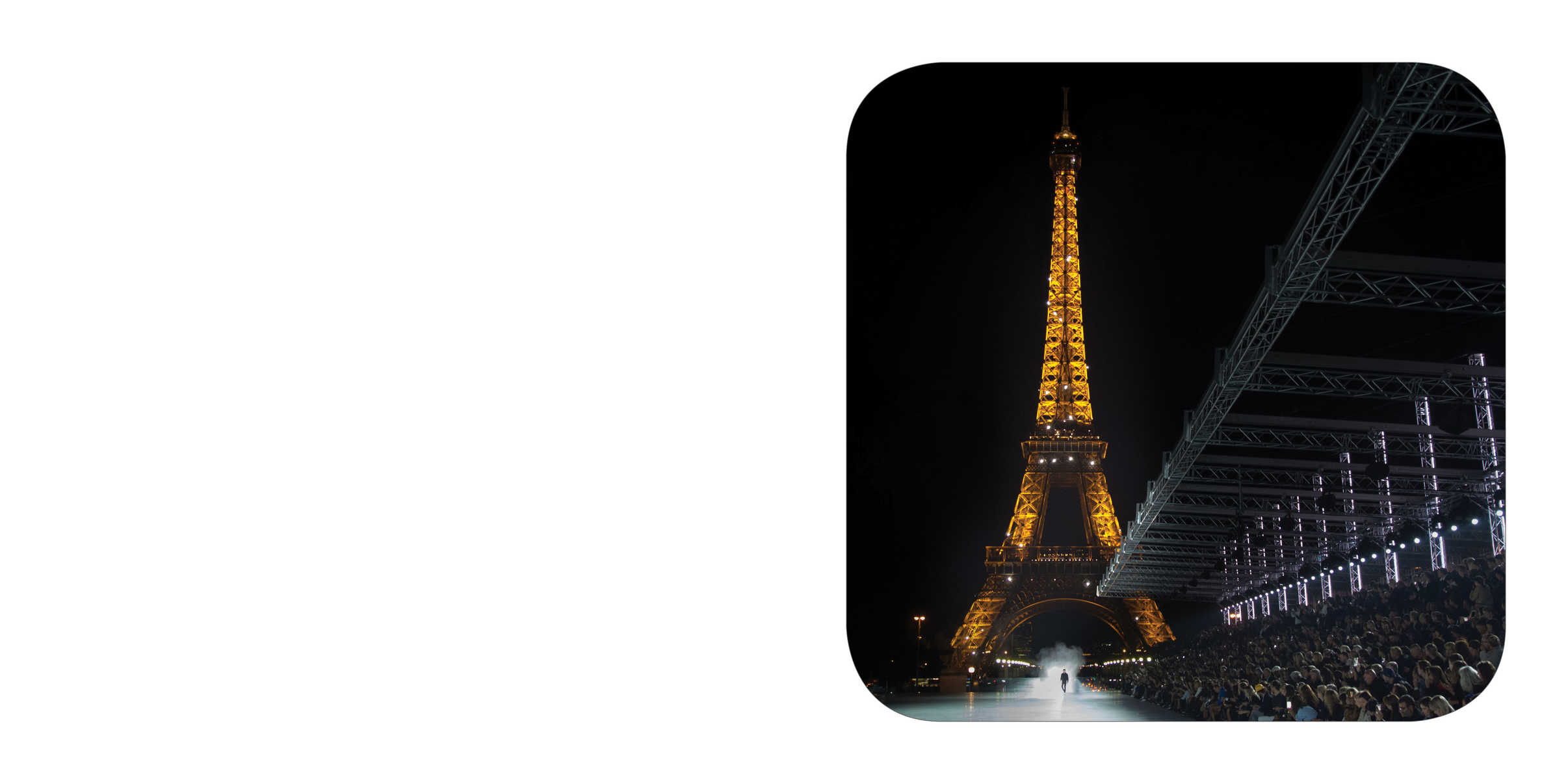 A strong rock influence and youthful spirit saturates the clothing and accessories. The fabrications are unsparingly luxe and everything seems dusted with sparkle, shine, and glamour. 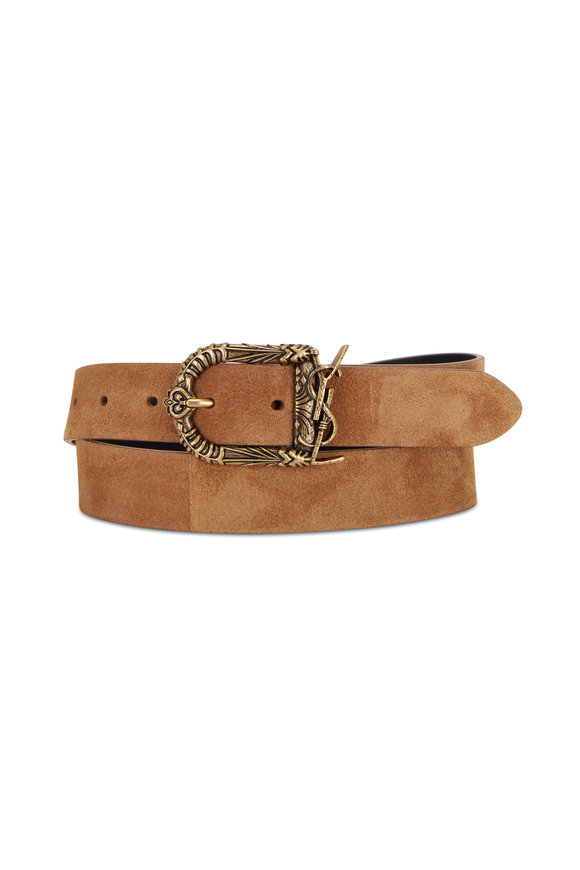 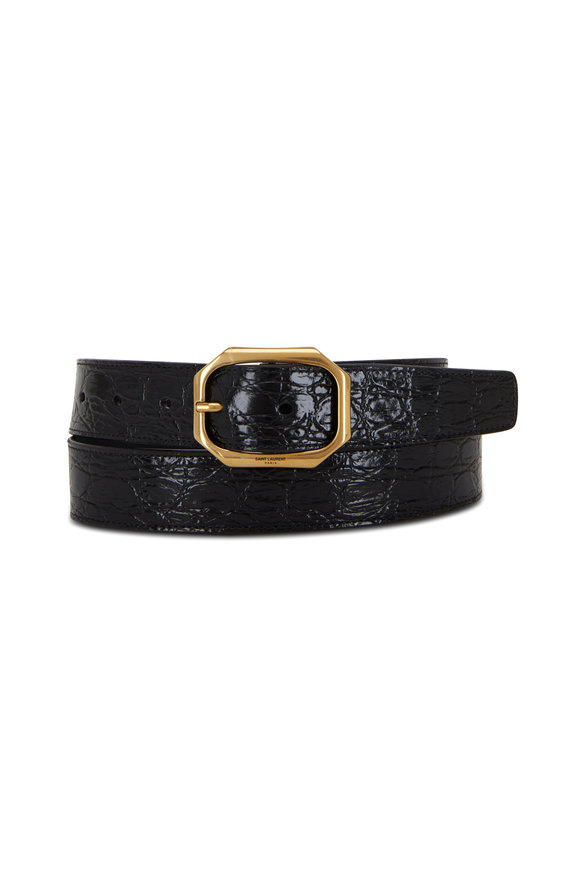 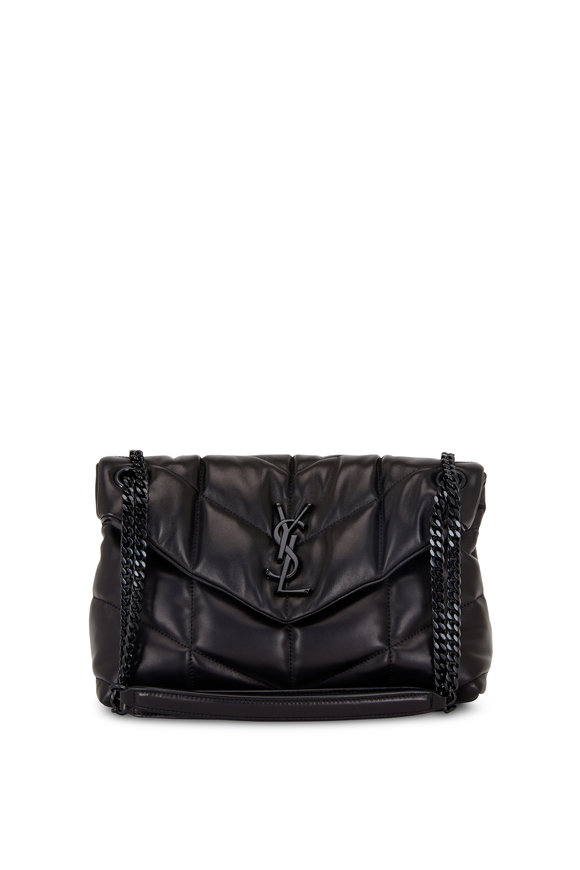 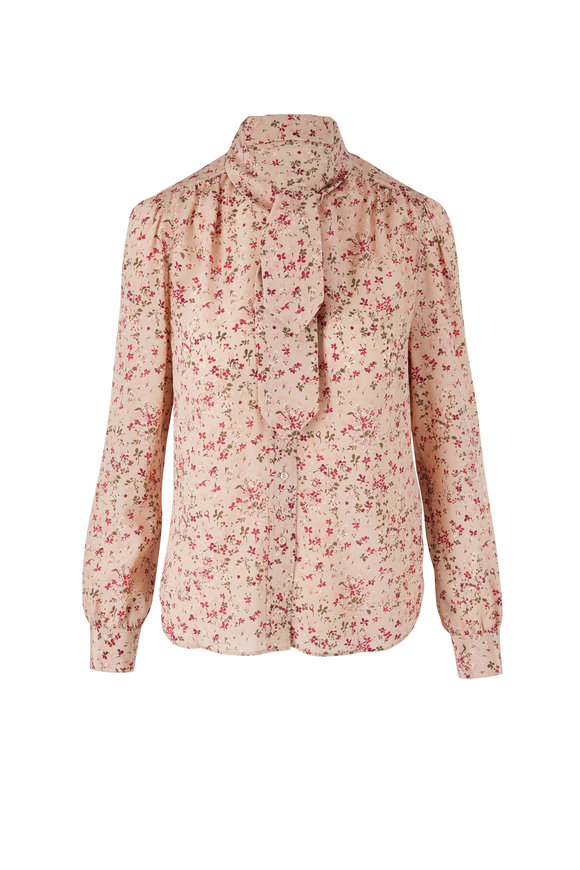 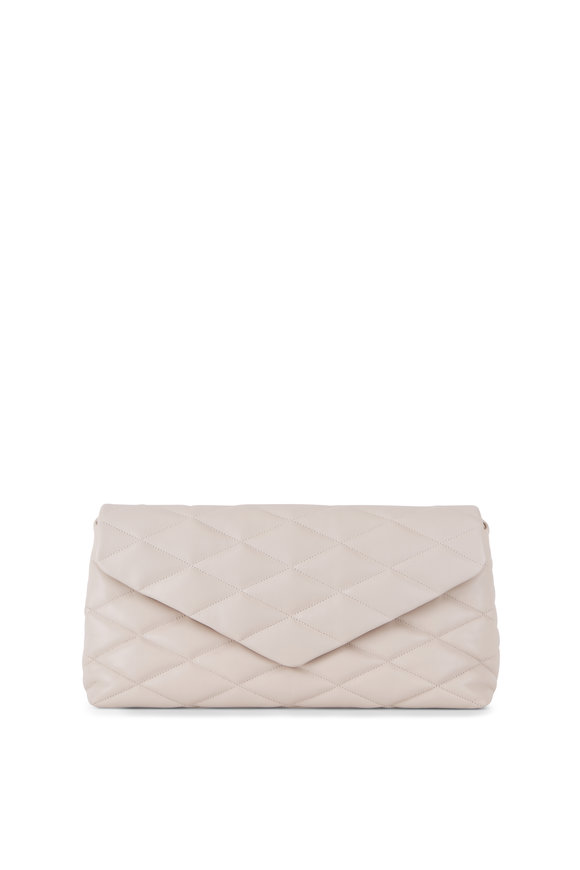 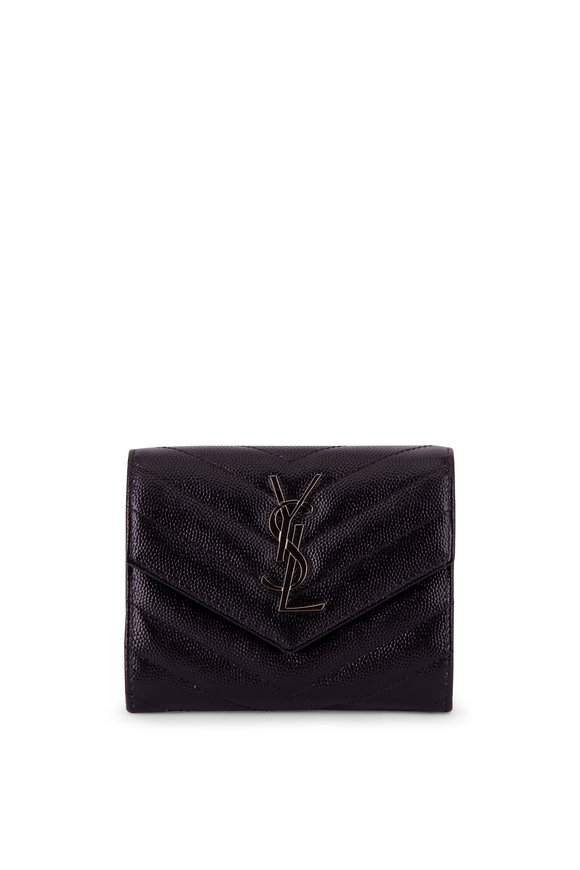 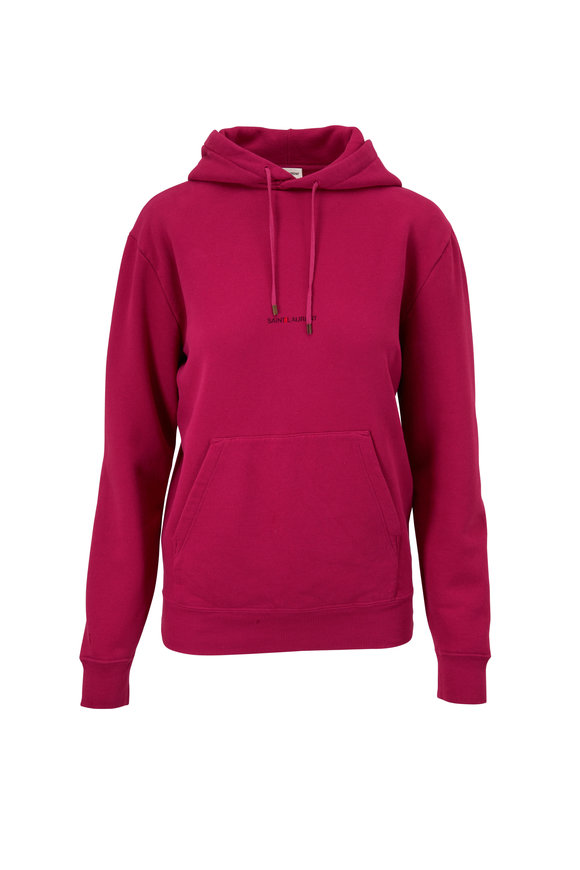 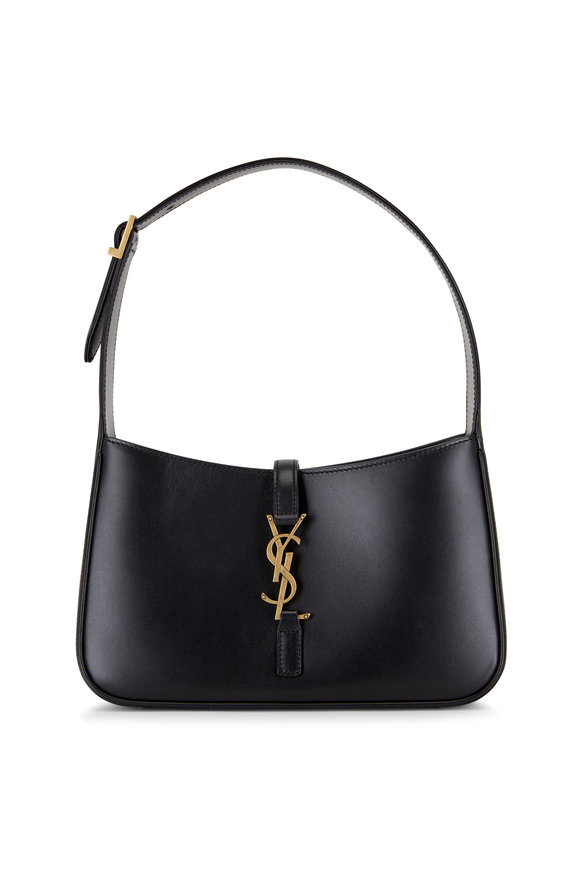 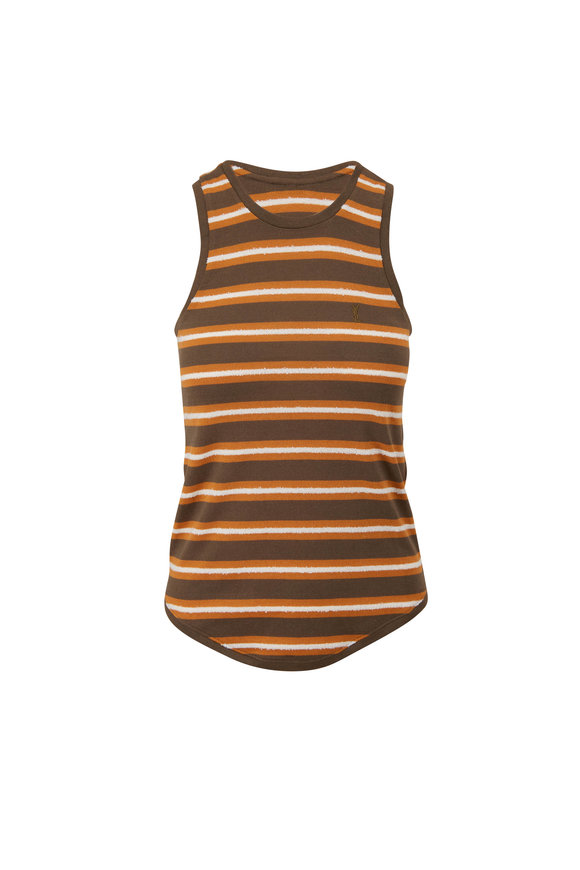 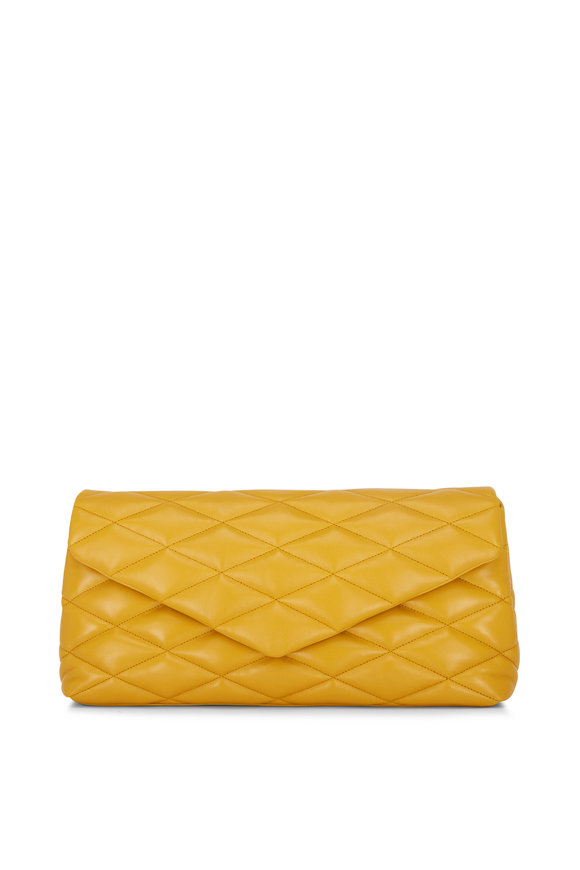 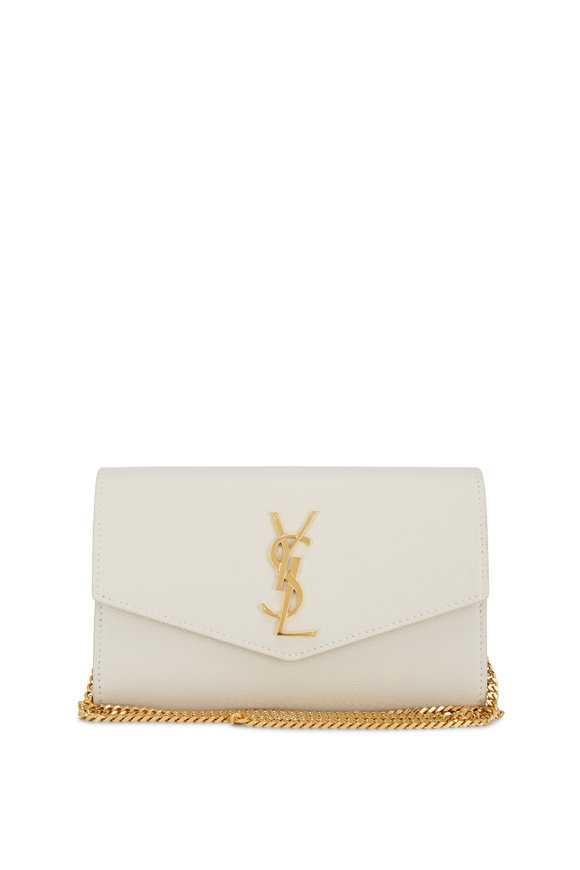 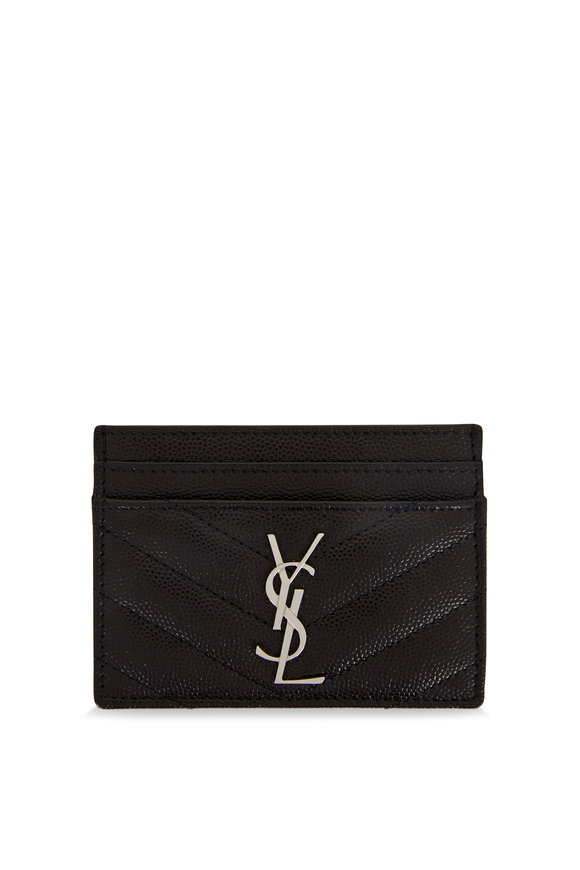 Who is Saint Laurent?

Yves Henri Donat Mathieu-Saint-Laurent, professionally known as Yves Saint Laurent, or Saint Laurent, was a French fashion designer regarded as being among the most iconic designers of the 20th-century. Yves Saint Laurent impacted the fashion industry in the 1960s and continues his influence to the present day.

As a teenager, Yves Saint Laurent began his career when he left for Paris to work for Christian Dior and gained a following for his dress designs. Later, he would launch his own fashion labels where his adaptations of tuxedos for women garnered him fame.

Where is Saint Laurent From?

Yves Henri Donat Matthieu Saint Laurent was born on August 1, 1936, in Oran, Algeria, to his father Charles and mother Lucienne Andrée Mathieu-Saint-Laurent. Growing up in a villa by the Mediterranean with his two younger sisters, Michelle and Brigitte, his family was well off, but his childhood was not as easy as one would think. Yves Saint Laurent was not popular in school and was often bullied by schoolmates for appearing to be homosexual. As a consequence, Yves Saint Laurent was a nervous child and often quite sick.

Despite this hand of cards, Yves Saint Laurent found peace and solace in the world of fashion. Saint Laurent liked to create intricate paper dolls and by his early teen years, he was designing dresses for his mother and sisters. At the age of 17, his mother took him to Paris for a meeting she'd arranged with Michael de Brunhoff, the editor of French  Vogue,  and his entire life changed.

After completing his secondary education in Oran, Algeria, Yves Saint Laurent left for Paris to pursue a career in designing theatrical costumes and women’s fashions. He attended fashion school for a short time and won first prize in an international design contest. When Vogue magazine executive Michael de Brunhoff showed Christian Dior some of Saint Laurent’s sketches, he was hired immediately as Dior’s assistant.

As Dior’s protégé, Saint Laurent was named the head of the House of Dior after Dior’s death in 1957. Following what was known as the “little girl” look and the A-line silhouette, he introduced a more refined, longer skirt and, in 1959, drastically shortened skirts. In 1960, he introduced the ‘chic beatnik look’ of turtlenecks and black leather jackets edged with fur that define the style of that era.

Things, unfortunately, took a turn for the worst later in the year 1960. After being called back to Algeria to fight in the war, Yves Saint Laurent suffered a nervous breakdown. He secured an exemption from the war based on his checkered past of health issues, but when he returned to Paris, Yves Saint Laurent found that his job had been given to someone else. Marc Bohan replaced Yves Saint Laurent as the head of the House of Dior, and he was devastated. While the news at first was traumatic for the young fashion designer, Yves Saint Laurent later sued his former employer for breach of contract and successfully collected £48,000 (about $56,000).

From here, with both money and freedom, Yves Saint Laurent worked with his partner and lover Pierre Berge, to open his own fashion house. In 1962, Yves Saint Laurent quickly emerged as one of the most influential designers in Paris. He popularized trousers for women for both city and country wear. Metallic and transparent fabrics were prominent in his late 1960s designer collections and in the 1970s, inspired by ethnic costume, he introduced the haute peasant look.

During the 1960s and 1970s, his fashion house expanded to include ready-to-wear licenses, accessories, household linens, fragrances, men’s clothes and couture business. For those two decades, Saint Laurent’s designs would shatter the glass ceilings of the fashion industry. Models and actresses fawned over his collections and poured over his creativity — his work was unlike anything the women’s fashion industry had ever seen. Women were outfitted in smoking jackets, peacoats were introduced on the runaway, his signature pieces included sheer blouses and jumpsuits, even women’s tuxedos — he was a legend.

Where is The Saint Laurent Designer Collection Made?

Each fashion house is different and carries with it a certain mood.

The first house of Saint Laurent is located on the tony Rue de l’Université on Paris’s Left Bank — the Rive Gauche, which Saint Laurent named his ready-to-wear line after in 1966. The second house is on Rue de Bellechasse. It was formerly an abbey as well as served as the Ministry of Defense, and is currently destined to become the brand’s corporate headquarters. Finally, his third house, which is located at 5 Avenue Marceau, is where the history of Yves Saint Laurent resides. This is the original location of Saint Laurent’s haute couture house. Although the building remains the same, the ateliers closed in October of 2002 when Saint Laurent retired. More than 20,000 items of clothing, accessories, drawings and more live here. In the room where Saint Laurent’s drawings are stored, pressurized gas cylinders bear down against the wall. In case of a fire, they will explode and fill the room with a special vapor to preserve the drawings.

Since his death, Avenue Marceau has also been home to the Fondation Pierre Bergé-Yves Saint Laurent, a charity devoted to showcasing works of art and fashion that embody the designer’s work, passions and interests. The fashion house will soon reopen with a slightly simpler name after renovations — the Musée Yves Saint Laurent. There will also be a counterpart in Marrakech on the fittingly named street, Rue Yves Saint Laurent.

What You Don’t Know About Saint Laurent

Saint Laurent was the first fashion designer to feature models with bare breasts in a fashion show, albeit under a layer of chiffon, in 1968. He revived the shoulder pad in his "Forties" collection of 1971, which later became the foundation for a silhouette that would dominate the 1980s and beyond. Saint Laurent was the first living designer to receive a solo exhibition in New York’s Metropolitan Museum of Art in 1983. With his partner’s guidance, Pierre Bergé, although they were no longer linked romantically at that time, the fashion house flourished.

His final show in 2002 was staged at the Centre Pompidou before 2,000 guests and was projected on massive outdoor screens to thousands of attendees. It closed with a tribute to Saint Laurent by Laetitia Casta -- then the Marianne -- and Catherine Deneuve, whose wardrobe he designed for the 1967 film "Belle de Jour."

According to The New York Times, after his death in 2008, Saint Laurent and Bergé had been joined in a same-sex civil union known as a Pacte civil de solidarité (PACS) in France. When Saint Laurent was diagnosed with terminal brain cancer with only one or two weeks left to live, Bergé and the doctor mutually decided that it would be better for him not to know of his impending death. Bergé said, "I have the belief that Yves would not have been strong enough to accept that."

Saint Laurent’s body was cremated and his ashes were scattered in Marrakech, Morocco, in the Majorelle Garden at his residence and botanical garden that he owned with his partner, Pierre Bergé.

How to Pronounce Saint Laurent

The story of Yves Saint Laurent has been told in films and popular culture as a tribute to his legacy from 2002-2014. A book of his life and legacy was also written in 2014,  Yves Saint Laurent: A Moroccan Passion, by Pierre Bergé and illustrated by Lawrence Mynott.

Yves Saint Laurent is regarded as one of the most influential brands of the 20th-century, both creatively and culturally. Whoever designs for the house of Saint Laurent instantly gains a following. It is the spirit of Saint Laurent that makes the brand so unique and the celebrities who wear the brand carry his vision with every step onto the red carpet.