Synonymous with style, class, and sophistication, Manolo Blahnik has been crafting iconic shoes since 1973. The distinctively sexy shoes are coveted and celebrated by the fashion-set worldwide. The exceptional quality and handmade craftsmanship of each shoe endures the test of time and trends. 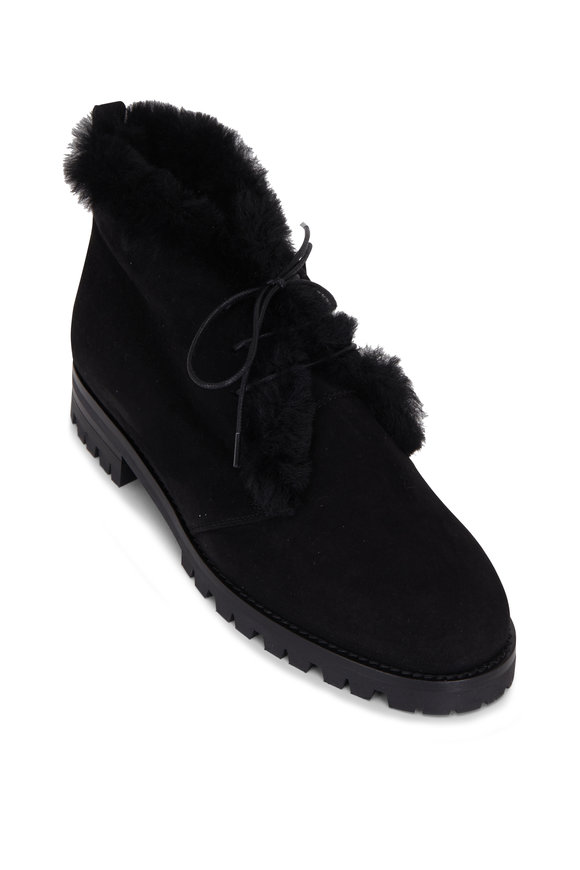 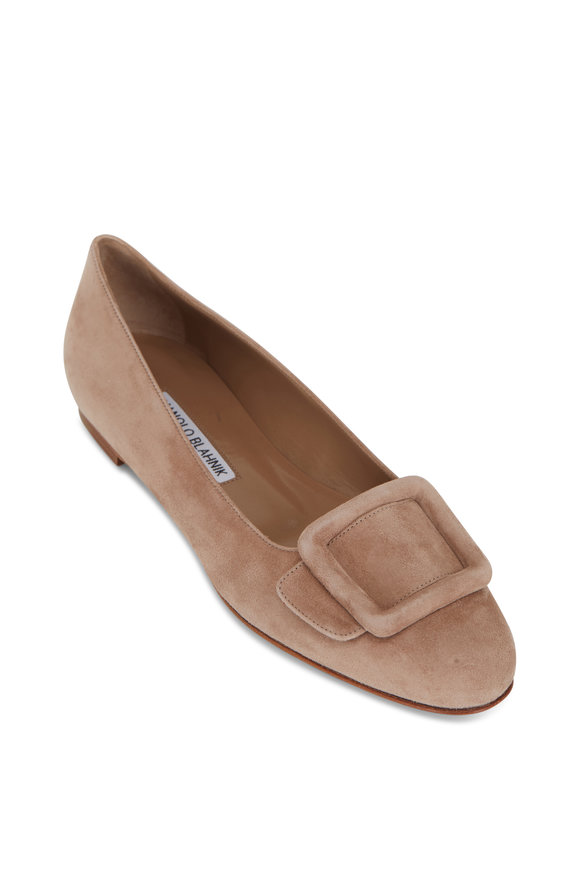 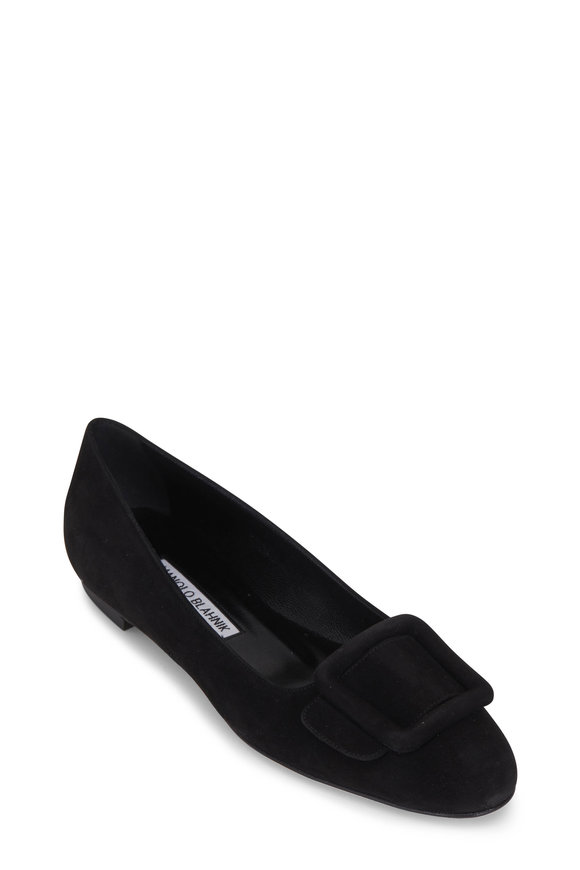 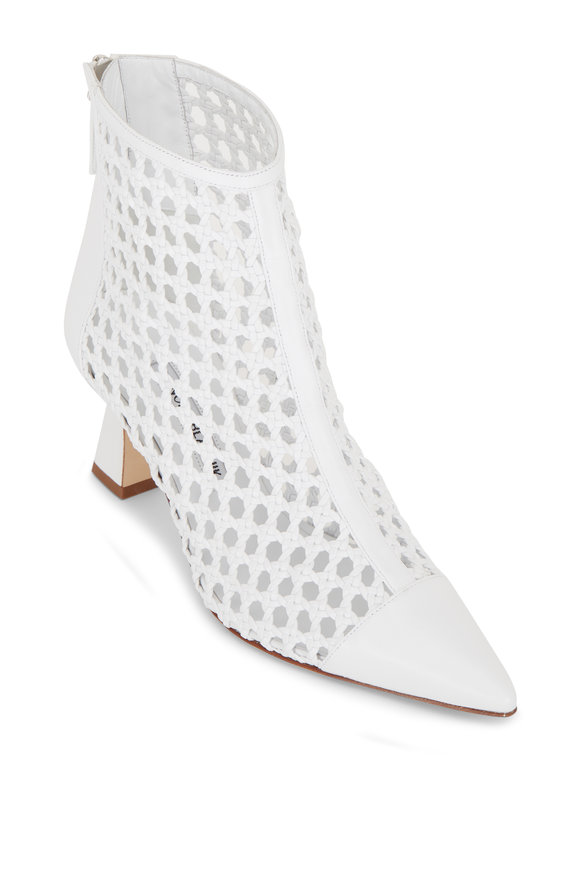 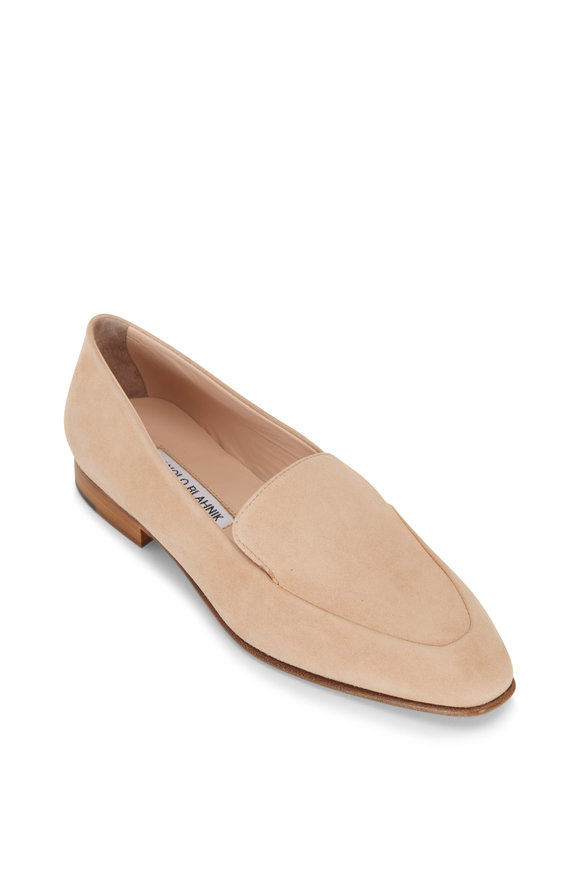 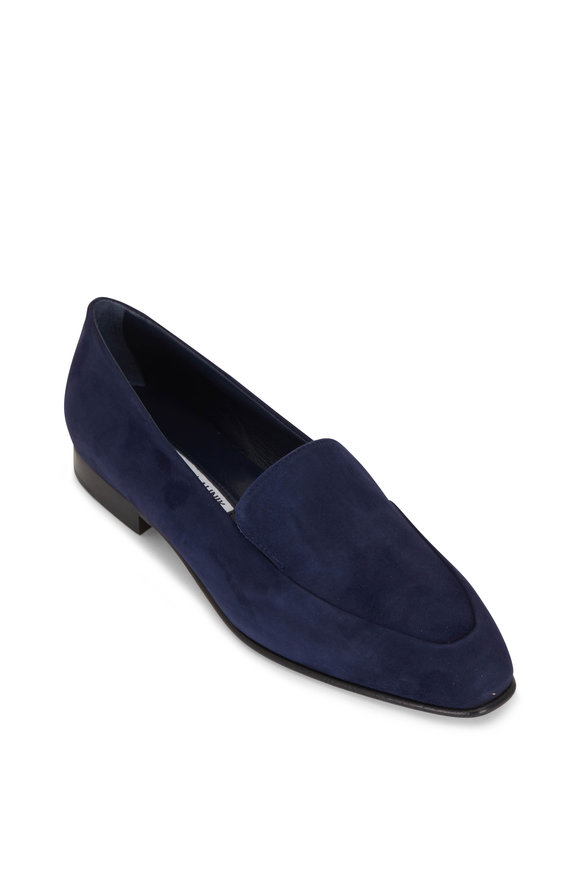 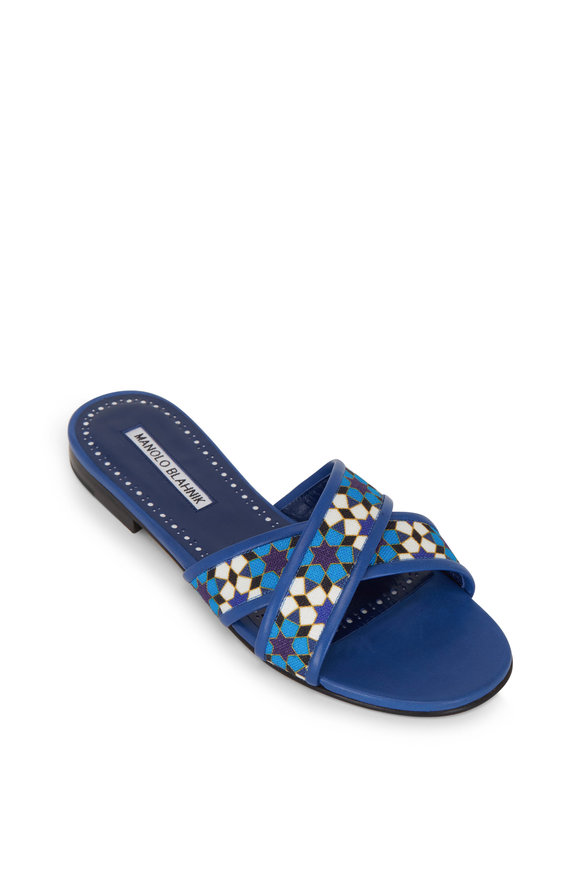 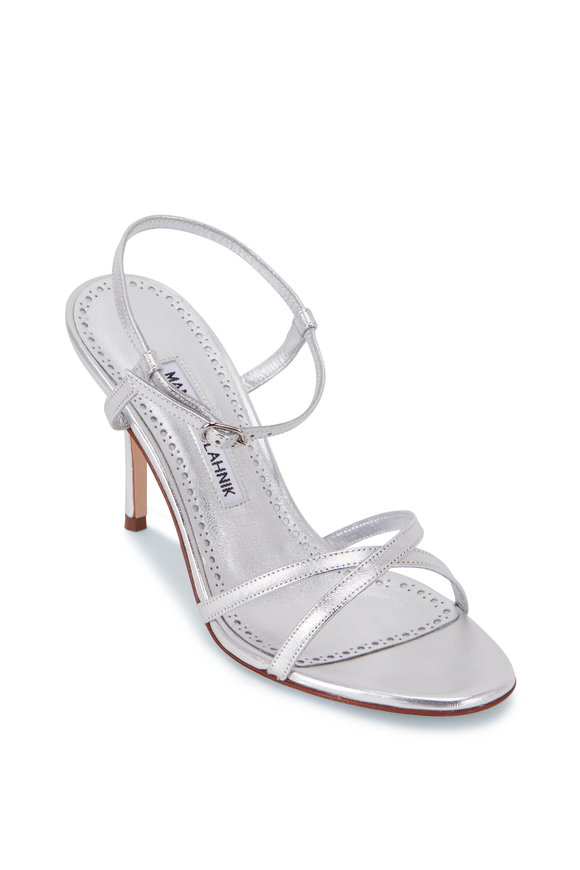 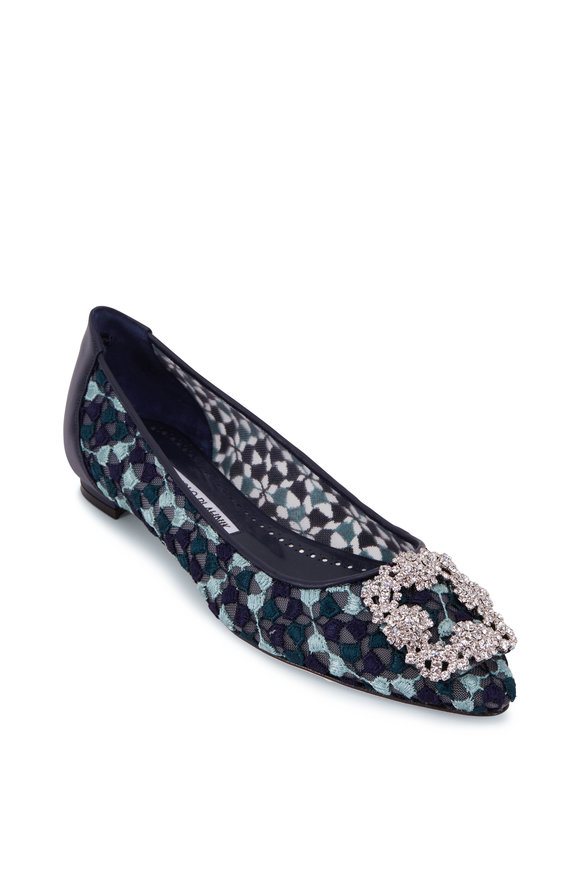 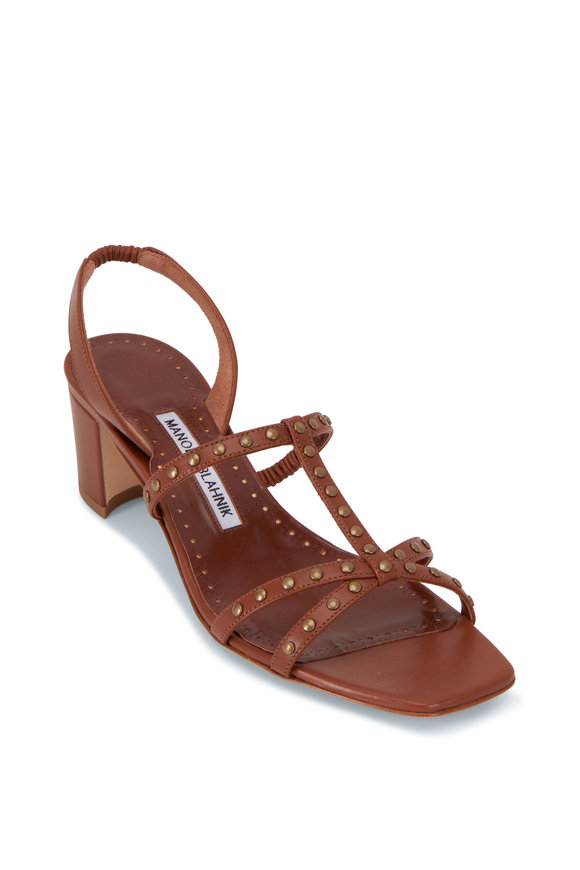 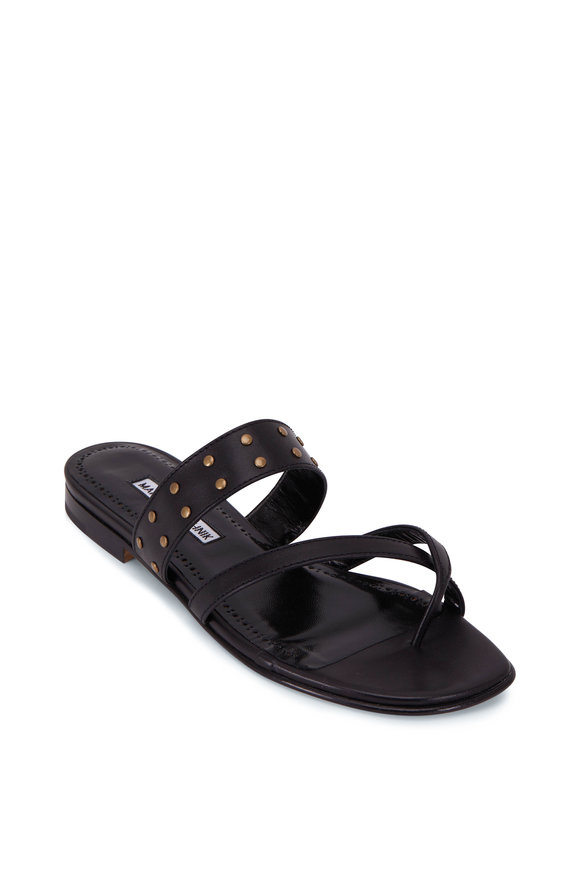 Who is Manolo Blahnik?

Manuel Blahnik Rodriguez, more commonly known as Manolo Blahnik, is a Spanish fashion designer known the world over for his signature line of high-end women’s footwear. Manolo Blahnik creates works of art in the form of women’s shoes, proven by the exhibition of some of his finest pieces in “Manolo Blahnik: The Art of Shoes,” which showcases more than 200 of his favorite shoes and 80 of his original drawings.

Manolo Blahnik is best known for designing elegant, lightweight stiletto heels that impart a sense of sophistication and inherent appeal to the wearer. Manolo Blahnik shoes feature luxurious and decorative designs that feature everything from chains, feathers, furs, and grommets, to ribbons, rings and silk brocades.

In today’s era, where mass production is largely popular and the industry ‘norm’, Manolo Blahnik stands as a renowned designer that handcrafts each shoe prototype himself, collaborating with the world’s most famous fashion designers such as John Galliano, Calvin Klein and Yves Saint Laurent, to create pieces that coordinate with each of their respective, seasonal collections.

Where is Manolo Blahnik From?

Manolo Blahnik was born and raised in Santa Cruz de la Palma in the Canary Islands of Spain. The eldest of two children, Manolo Blahnik was homeschooled by his Czech father and Spanish mother as a child. His father’s family owned a pharmaceutical firm in Prague and his mother’s family owned a banana plantation in the island city of Santa Cruz de la Palma.

In 1965, Manolo Blahnik received his degree and moved to Paris to study art at the École des Beaux-Arts and Stage Set Design at the Louvre Art School, all while working at a vintage clothing shop. When Blahnik was attending this university, he lived with his aunt and uncle. While his mother was quite an inspiration to him in his youth, his aunt deeply influenced his fashion sense, too. He refined his tastes in these later years and learned to appreciate luxury, art, and beauty. Blahnik has stated that according to his aunt, "happiness was having the single most elegant handbag ever made, in every color available."

About three years later after receiving his degree, he moved to London to work as a buyer at a fashion boutique known as "Zapata" and wrote for  L’Uomo Vogue , an Italian men’s version of Vogue , where his tastes were refined even further.

In 1970, Manolo Blahnik was introduced to Diana Vreeland, the editor and chief of American Vogue, who upon meeting and after viewing his portfolio is quoted as saying, "Young man, make things. Make accessories. Make shoes." Diana Vreeland admired his shoe sketches so much that she advised him to focus mainly on designing footwear, which he did.

The following year, Manolo Blahnik began designing shoes for Zapata, and in 1972, he was asked to design a pair of shoes for British designer Ossie Clark. Manolo Blahnik’s first collection featured never-before-seen designs such as his "Cherry Shoe" — a stiletto heel with imitation cherries which hung delicately from green straps that tied around the ankle. The collection was modeled by the era’s most famous and acclaimed models of the time, such as Twiggy, and quickly gained attention and momentum from the fashion industry’s elite.

In 1973, Manolo Blahnik bought out Zapata owners and launched his own boutique in London’s Chelsea district. With the help of names like Bianca Jagger wearing his shoes, Blahnik gained international recognition and became the first man to appear on the cover of British  Vogue  with Anjelica Huston. In 1977, Bianca Jagger wore a pair of Manolo Blahniks to make her monumental entrance to the Studio 54 disco, atop a white horse, further endorsing the Manolo Blahnik name and Manolo Blahnik collection.

Where is The Manolo Blahnik Designer Collection Made?

Manolo Blahnik’s flagship store remains at its original location on Old Church Street in the fashion district of Chelsea in London.

"The foot is the most expressive part of the body," said Blahnik. "When I was young, I would caress the feet of statues to see how wonderfully they were made."

His passion for designing women’s footwear is what makes Manolo Blahnik stand out as one of the finest fashion designers and contributors to the industry today. Unlike many other luxury brands, Manolo Blahnik has never sold his business to a larger corporation. He prefers to keep his business free and independent, much like his personality and shoe designs. His empire is run by himself and his close family — his sister Evangelina and niece Kristina. Blahnik frequently turns down opportunities to expand his business and leaves most of the logistics to his sister and American partner, George D. Malkemus III.

Manolo Blahnik shoes are made between his four factories in Italy. He sells nearly a hundred thousand pairs of shoes and boots in America every year, and could easily sell more, but chooses not to. Manolo Blahnik has no stores in Italy, relies on a single outlet in France, and still works from his flagship store in London.

What You Don’t Know About Manolo Blahnik

Manolo Blahnik never studied shoemaking formally. In his early life, he recalls studying his mother as she poured over fashion magazines— applying the latest fashion trends of the time to her own clothing. Manolo Blahnik’s family would often travel to Paris and Madrid to order clothes, and while in the market, he would observe his mother and her dissatisfaction with the shoes available there, especially the ones available in their hometown.

Because of this, his mother would make her own shoes. She learned how to create her pieces from a local Canary Island cobbler, and as a young child, Manolo Blahnik would spend hours watching his mother create delicate, feminine designs for her beautiful shoes. Manolo Blahnik inherited his love for fine satin fabrics, silks, antique lace and brocades from his mother’s passions, which he attributes much of his design inspiration to today.

His love for designing women’s footwear is still alive and well. Manolo Blahnik designs each shoe, sometimes standing on the factory floor with a lighter to burn away frays and fringes to make each piece perfect. Blahnik also autographs all his shoes high on the arch, so his signature won’t wear away.

Manolo Blahnik is also an avid reader. Fluent in Spanish, French and Italian, and of course English, when Blahnik isn’t designing his next shoe, he is nose down in a favorite book, undoubtedly written in a multitude of different languages. His genial personality and welcoming nature have created a following for Blahnik’s work unlike any other designer today.

How to Pronounce Manolo Blahnik

Manolo Blahnik’s shoes have appeared frequently in pop culture and he has received many awards for his work and contributions to the industry.

The Council of Fashion Designers of America (CFDA), founded in 1962, is a nonprofit trade association of more than 450 American fashion and accessory designers. This organization has awarded Blahnik the Special Award in 1987, the Accessory Designer of the Year award in 1990, and The Stiletto in 1997. From the British Fashion Council (BFC), a nonprofit trade group for British fashion designers founded in 1983 (the same group that organizes the bi-annual London Fashion Week), awarded Blahnik with the Accessory Designer of the Year in both 1990 and 1999.

In 2003, Blahnik became the first shoe designer to be featured in an exhibition at London’s Design Museum which showcased his work in coordination with the release of his book, Manolo Blahnik: Drawings (2003) .

From here, Blahnik collaborated with photographer Eric Boman on the book,  Blahnik by Bowman (2005) and later designed footwear for the film, Marie Antoinette (2006). In 2007, Manolo Blahnik was named commander of the British Empire by Queen Elizabeth II to honor his contributions to the British fashion industry.

Not only have Manolo Blahnik’s original shoes appeared frequently in pop culture, but Blahnik is often called upon to design unique shoes for films such Bella Swan’s ‘Swan’ pumps featured in her wedding in  Twilight Saga: Breaking Dawn.  Sex in the City’s Carrie Bradshaw frequently spoke and wore Manolo Blahniks throughout the TV series, and both  Gossip Girl’s  Georgina Sparks and the Fifty Shades of Gray Trilogy have called on Manolo Blahnik to create the perfect shoe accessory for various scenes and moments throughout the films.

The unique design of a Manolo Blahnik demands that you learn how to properly wear the shoe, although Blahnik doesn’t demand you have to learn how to wear them. He actually prefers women in flats! For a man who has been designing shoes for more than 40 years, it’s no surprise that the list of celebrities who wear his shoes is quite massive. Blahnik shows no signs of slowing down any time soon, so the list will only continue to grow.

Women such as Michelle Obama, Sarah Jessica Parker, Beyonce, Rihanna, Kate Moss, and Naomi Campbell are all huge fans of Manolo Blahnik’s work. In his earlier years, Princess Diana was also seen wearing his signature strapless heels at charity events. Other celebrities such as Dakota Fanning, Kylie Minogue and Jennifer Lopez are all known to wear Manolo Blahniks, too. Perhaps one of Blahnik’s biggest fans, though, may be Anna Wintour, who has commissioned the same pair of flesh-colored slingbacks from Manolo since 1994.

Be the First to Know